Attack Ring: Dragon Bringer - Dragon Bringer is the first Attack Ring ever produced and the first for a Dragoon Beyblade. The center is circular and has four dull protruding spikes arranged to resemble a cross with four very small protrusions that were designed for attack in right spin.

Blade Base: Wind Griper - This blade base can make it go very fast in the stadium with powerful speed. Its gimmick lies within its namesake; the flat tip, which causes the Blade to move at wide and fast speeds, which are ideal for Attack Types & they offer longer endurance and spin time.

The attack: Blue Dragon Fire Wind Tornado Dive - this move allow Dragoon Wind Attacker to create a fire tornado to ride it up to the top, then dive down in full speed in the eye of the tornado on it's opponent. 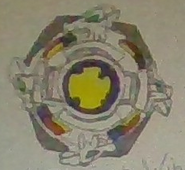 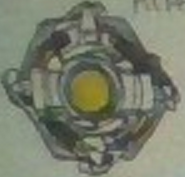 Add a photo to this gallery
This is the image & galleries.

Retrieved from "https://elemental-warriors-defenders-of-the-solar-system.fandom.com/wiki/Dragoon_Wind_Attacker?oldid=3631"
Community content is available under CC-BY-SA unless otherwise noted.