Attack Ring: Fire bird Wing -  is a thin but well balanced AR, designed in circular shaped with four wings. Each wings are designed with a Smash Attack Point purposes. is a strong AR because of its extremely evenly distributed weight, thin size, and smooth edges.

Blade Base: Fire Balance Change -that can have two modes that is Attack Mode and Stamina Mode which is then followed by most of the [[Dranzer]] series. is a [[Blade Base]] that can change from [[Attack]] mode into [[Stamina]] mode when it is hit. While it is in Attack mode, the [[Blade Base]] sharp tip will be retracted into the Blade Base leaving the flat surface as its tip. While in Stamina Mode, the sharp tip will be extracted from the Blade Base, giving it some decent [[Survival]]. This part's tip is what gives this BB it’s uniqueness. It is sharp but flattened on the very end. The movement pattern exhibited when launched straight into a BeyStadium is best suited for Endurance purposes. However, when launched on a slant it begins to move in an extremely controlled, circular attack-type pattern. 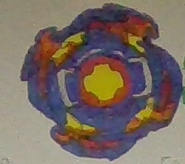 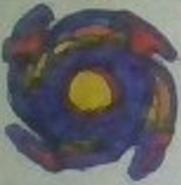 Add a photo to this gallery
Trivia & Notes: It a good combination of Frostic Dranzer & Dranzer Auto Balancer for good balance & change of attack and stamina modes.
Retrieved from "https://elemental-warriors-defenders-of-the-solar-system.fandom.com/wiki/Dranzer_Fire_Changer?oldid=3632"
Community content is available under CC-BY-SA unless otherwise noted.