Driger Spark - This is Drew Myers / Warrior Jupiter's First beyblade with the Holy Elemental Bit Spirit of Wind & Thunder, Driger from his Grandpa. It have fast with high speed and powerful hits. At Drew's Driger got a upgrade from Raven Mack in the Japanese Tournament to became Driger Thunder Fang for the big battle.

Book Series: He hiberted the White Tiger of Wind & thunder elements, Lightning Storm Byakko, Drew enter the tournament to represent America and won the A Block round. In the semifinal: Drew battle TJ in the second semifinal round, Driger Spark use his claw to cut Dragoon Cyclone: E.Ws DG Cyclone's spin gear into four pieces in the 1st battle, then in the second battle, Dragoon Cyclone & Driger Spark use their elemental force against each other in a big collide, but Drew lost the battle and passed out for TJ to enter the final.
In the European World Championship: Drew battle Oilvier / Sophera in the first world championship as Driger & Spear Uni-Striker: E.Ws Su Striker hit each others with their powers & Uni-Striker use it'special attack move to stop Driger, but Drew & his bey channel the powers of Sarced armor of Cygnus the Swan Constellation into Driger for powrful attack: Diamond Wind Dust Tiger Claw in full force. Then both Drew & Sophera's beys were out of the stadium for a tie & Sophera / Olivier learn about the Elemental Bladers bond of teamwork and the mysterious powers in their team.

At the Chinese World Championship: Drew battle E.Ws Mao Mai in the second session of the final, Driger Spark fight against E.Ws Mao Mai's Scratching Lynxic in a special beystadium, Mao Mai tell Drew about his bey spirit's powers & serect of the abilities that her clan in China learn from it legend, then Drew tell Mao about his grandpa & his ancestor, who find Driger inside a Bey-Bit in a tiger shaped tablet in a wind & thunder place, she tell him that his ancestor is a chosen one of Lightning Storm Byakko & learned about it's serect, soon Drew learned the serect from his grandpa's words of his bond with Driger. In the fourth & final match, Rio Han Wang: E.Ws Rio Han Wong got a chance to battle Drew for the first time. As Driger & Thunderlion: E.Ws Rio Han Wang's ThunderLion Black Lightning were at each other very hard & epic shocking, soon Drew channel his energy and release the power within himself into Driger for a super powerful version of the Wind Tiger Claw Attack with Green Thunder & lightning follow by light green wind headed against Thunderlion's Dark Shocking Thunder Lightning in a big collide of lightning & thunders.

Attack Ring: Tiger Attacker - it has three large, triangular bodies with flat protrusions in front, and claw-shaped structures extending behind with three tiger heads. These larger wings are connected by very thin sections, which also share the armored appearance. In right spin, the flatter protrusions in front of the triangular sections are the main contact point, and due to their large, flat shape is one of the most popular AR selections in Beyblade. It has great survival ability due to its round shape

Blade Base: Metal Sharp Base - This part's tip is what gives this BB it’s uniqueness. It is sharp but flattened on the very end. The movement pattern exhibited when launched straight into a Bey Stadium is best suited for Endurance purposes. Metal Change Sharp Base, has an interesting function. The tip is sharpest at its direct center, but flat on most of the tip. Because of this, you can use this tip as either an attack tip or survival tip. When shot straight, Metal Change Base will land on the sharpest part of its tip. In this form, this BB has great survival, better than many bearing shaft BBs

Attacks - Wind Tiger Claw - This move allow Driger Spark to create claws out of Wind & Lightning with jolts to take out any beys in the stadium & even destroyed some parts of Beyblade: The attack: Wind Tiger Claw Attack: It allow Driger Spark to charged up with green wind & lightning bolt around it, then on a second hit, Driger can spent the opponent flying in 4 seconds with a mark it look like a electro tiger claw made of wind.

Diamond Wind Dust Tiger Claw - This version of the Wind Tiger Claw Attack, This move add the ice frosting cosmos energy of Cygnus the swan Constellation giving Driger to shook & freeze any opponents in their track, then finish with an air slash. 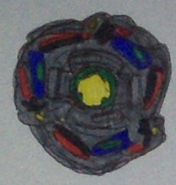 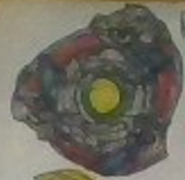 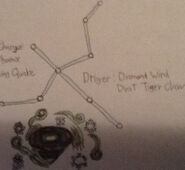 Add a photo to this gallery
It is a combination of Driger Slash & Master Driger in a fusion for a good Stamina type bey in the tournament.
Retrieved from "https://elemental-warriors-defenders-of-the-solar-system.fandom.com/wiki/Driger_Spark?oldid=4402"
Community content is available under CC-BY-SA unless otherwise noted.